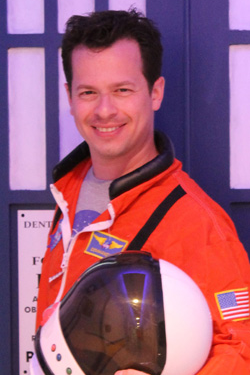 Captain Sky wanted to be a pediatric dentist since the tender age of eight. An accidental tumble introduced his front teeth to the pavement and the subsequent visits to his pediatric dentist, Dr. Best, cemented his destiny. Raised in NYC, The Captain carved out a name for himself as a child actor appearing in The Radio City Christmas Spectacular, Mr. Destiny, Perfect Harmony and as the “Yo Spike, I got the Motts!” kid. He received his B.A. in Government from Hamilton College and was granted his dental degree from New York University College of Dentistry. After completing his Pediatric Dental Residency at Jacobi Medical Center, he soon became board certified as a Diplomate of the American Board of Pediatric Dentistry.

An active member of the American Academy of Pediatric Dentistry, he recently was awarded Best Kids Dentist in the Milky Way as voted by the Martian Mother Alliance. He is an attending faculty member at Morristown Medical Center and has been on staff at St. Joseph’s University Medical Center, New York College of Dentistry, North Central Bronx Hospital, Albert Einstein College of Medicine, and Jacobi Medical Center. While on leave, he is the proud father of ensigns Alexandra and Ford and enjoys singing show tunes, collecting toys, organizing clutter, and exploring the cosmos and dollar stores.

He built Starship Pediatric Dentistry with Commander Jen to be the crown jewel of the fleet; known across the galaxy for Carabelli’s Toy Shelf, photo ops and always trying to do the right thing. Captain Sky’s greatest pride is rescuing a nervous child by creating a trust that empowers them with the ability to brave what can sometimes be a stressful experience. Over the last two decades of providing dental care, he has developed a practice philosophy of honest conservative practicality. Highly entertaining through puppetry, character portrayal, and storytelling, he provides quality dental care within a cosmic experience that leaves children happy and eager to return.

Dr. Jen always knew that she wanted a profession that would allow her to work with children and adolescents. After discovering that she also loved teeth, her passion for pediatric dentistry was born. Dr. Jen and Dr. Sky started Starship with the intention of creating a relaxed and fun environment to help children get excited about the dentist. Dr. Jen believes strongly in the importance of prevention in overall oral health and loves providing patient and parent education. She enjoys seeing the happy faces of her patients every day and feels fortunate to have the opportunity to see them grow throughout the years.

Dr. Jen was born and raised in Chatham, New Jersey, and attended Southern Boulevard School, Chatham Middle School, and Chatham High School. She graduated Cum Laude from Dartmouth College and then earned her doctorate of Dental Surgery from Columbia University College of Dental Medicine. Knowing that pediatrics was her true passion, she went on to Jacobi Medical Center at Albert Einstein School of Medicine to complete her post-graduate education in Pediatric Dentistry. Dr. Jen now specializes in providing comprehensive care to infants, children, adolescents, and patients with special needs. She is board certified as a Diplomate of the American Board of Pediatric Dentistry, is a member of the American Academy of Pediatric Dentistry, and is CPR and Pediatric Advanced Life Support certified. Dr. Jen is fully dedicated to her patients and to providing the best possible care to every child.

When Dr. Jen is not at the office, she can be found chasing after her two favorite pediatric patients, her kids, Chase and Jordan. She and her husband Andrew live in Summit where they enjoy spending time with family, friends, and neighbors. Dr. Jen loves summertime, hanging out with her family at the pool, and vacationing at the Jersey Shore. 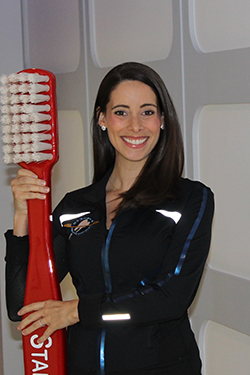 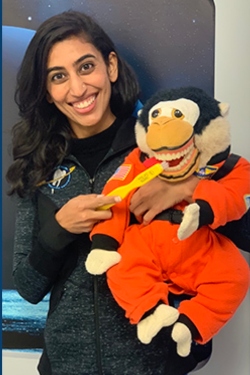 Dr. Gadgil’s approach to pediatric dentistry begins with making every child comfortable at the dentist’s office. She believes that creating a fun and safe environment is essential to an easy and successful appointment. She values the opportunity to work with parents to tailor the treatment to suit the needs of their children. Like her colleagues at Starship, Dr. G strives to practice as conservatively as possible, prioritizing disease prevention, education, and the well-being of every child above all. Dr. Gadgil started her training at a 7-year program at New York University.

After graduating Magna cum Laude with a B.A. in Biology and a Doctorate in Dental Surgery in 2013, she moved to Seattle to complete her General Practice Residency at Swedish Medical Center. While working as a general dentist in Massachusetts, Dr. G discovered her love for pediatric dentistry and enrolled at St. Barnabas Hospital to specialize. She graduated in 2018 after serving as chief resident in her final year. She is a board-certified member of the American Board of Pediatric Dentistry. Dr. G is fluent in Hindi and Marathi and is comfortable speaking dental Spanish. When she’s not chasing sugar bugs away, Dr. G enjoys traveling to new places or spending time with her family and her dog, Cola. 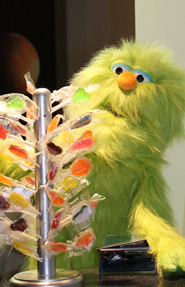 Carl is a Martian from the Fuzz Sector. Naïve to a fault and susceptible to the Count of Decay’s persuasion, he is well known for his sweet tooth and poor diet choices. Carl accidentally found himself a permanent stowaway on the starship when he became enamored by our supply of sugarless lollipops with xylitol. Through counseling, he is starting to make wiser dietary choices and tries to help our cadets do the same. 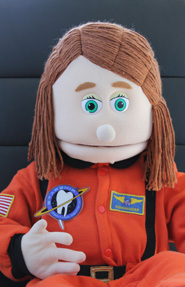 Commander Brace McGill is a lab tech from Arkansas on Earth, although she has spent extensive time in the titanium mines of Granok honing her craft. If you are in need of a space maintainer or active appliance, she can fabricate one for you with one eye closed in as much time as it takes you to say….what’s that? She already made it. Told you she was fast. 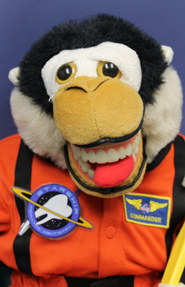 Corporal Space Monkey is our head of security and can usually be found chilling on a console or in one of the brush-shuttles. He is always on the lookout and first to let out his primal scream at the slightest hint of a Cavity Invasion or nefarious Plaque Spy. While on shore leave, he loves eating blue noodle slugs and having new cadets brush his teeth. 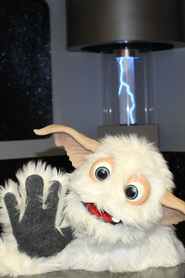 Bristle is our resident Fluoridian, and thus, was born with only two teeth to last a lifetime. He likes walks on moon craters, romantic comedies and telling jokes. He will often accompany us on our galactic outreaches and adores talking to kids. 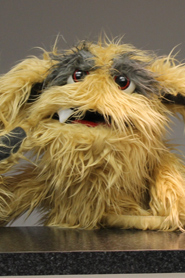 McCavity is Bristle’s cousin and had a wild youth full of soda pop, sticky-zaffy-taffy and poor brushing habits. Left with only one tooth, “old chopper”, he likes to help rehabilitate and educate our patients who prefer to live dangerously. 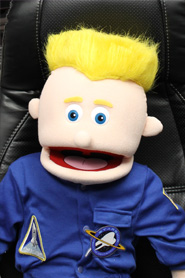 Lt. Starbrush is our in-flight morale and social media officer. He likes to take candid office shots, post dental prose on twitter and organize crazy fun days to break up the monotony of space travel. 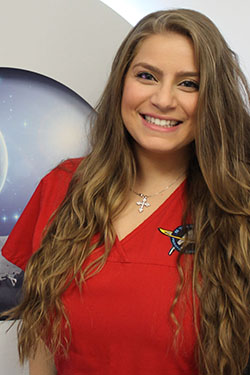 Pauline was the first Earthling to attend Lady Quantra’s Prep School for Enigmatic Life-forms. She started as a dental assistant during The Amalgam Wars and received The Golden Tooth in Linguistics for her mastery of the Turkish and Armenian languages. Aspiring to further her knowledge, she obtained her degree and license in dental hygiene from NYUCD’s Galactic Campus. 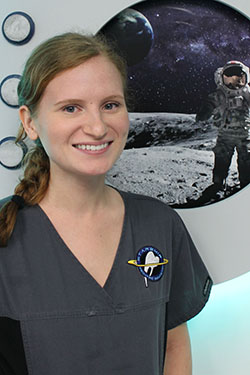 Born in Australia, Charlotte served as an assistant at a Pediatric Dental outpost in the Fornax Quadrant for eight years before returning to Earth. She received her Dental Hygiene degree from Bergen C.C. Her thesis involved the tartar stratification of the sixth moon of Epsilon Eridani. Always handy with toothpaste and floss, she traverses the decks of the starship making sure the crew is brushing two times a day. 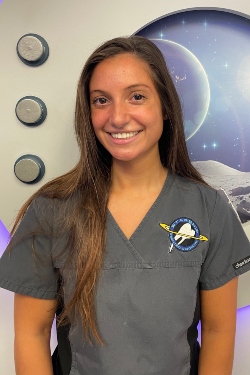 Alyssa is a hygiene powerhouse who comes to StarshipPD from Bergen C.C. along with a certificate in Space Flight from Golkar’s Rocket School West. She’s performed piano recitals for countless heads of planets and the Galactic Congress of Ryujin-52. 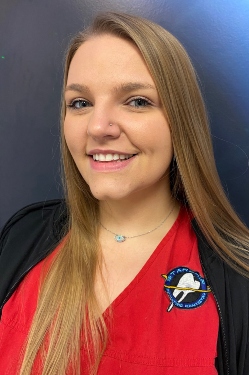 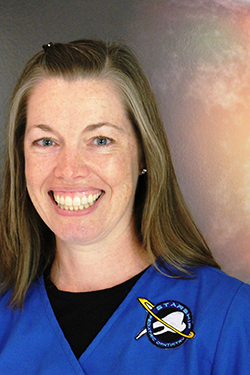 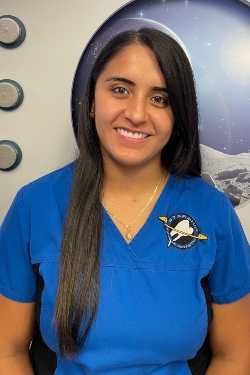 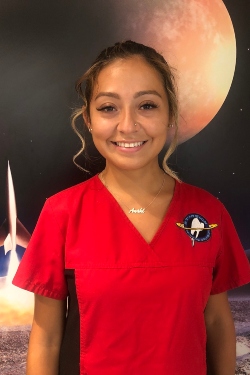 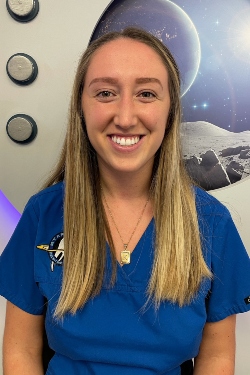 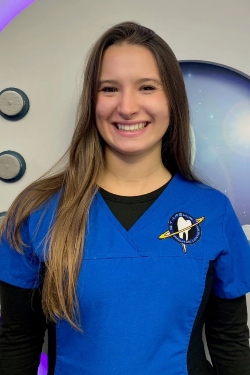